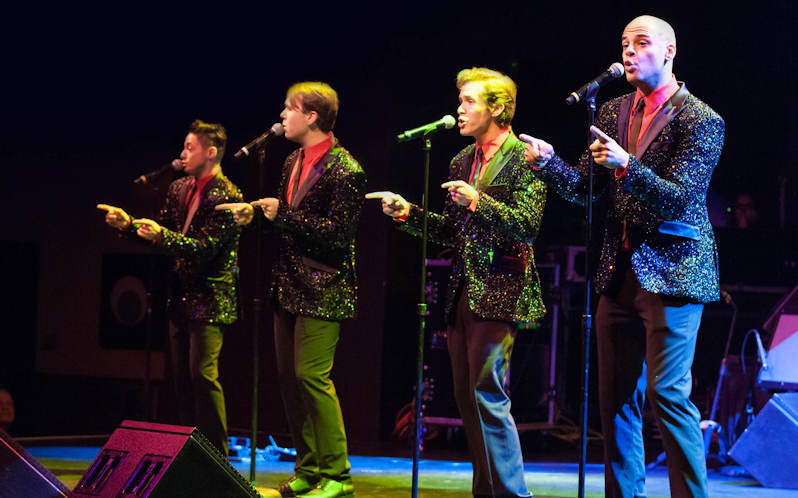 This summer concert and cultural series at nearby Lees-McRae College include a big variety of live music performances, lectures and more. The  series is usually presented on Monday evenings. FORUM was organized in 1979 by a small group of summer residents for the purpose of bringing a stimulating series of cultural programs to the area. The key to FORUM’s success is the dedicated involvement and cooperation between seasonal residents, local residents and Lees-McRae College. For more info, go to their website.
191 Main Street, Banner Elk, NC 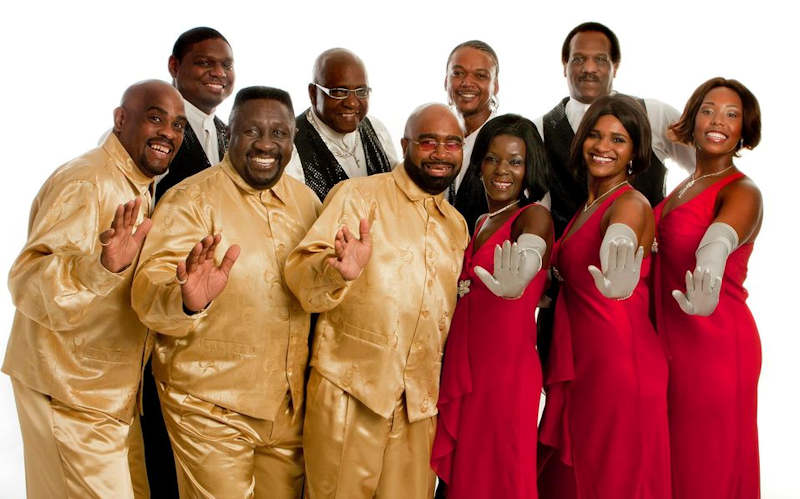 June 14, 2021: Mac Frampton – That Mancini Magic!
Henry Mancini owned the Sixties, at least when it came to musical romance. One after another, his songs won the Oscars and the hearts of a worldwide audience. Cecil Welch, Mr. Mancini’s solo trumpeter for twenty years, and the renowned Mac Frampton bring his great music to the stage in an intimate outpouring of cherished melodies. Supported by The Moon River Orchestra, an ensemble of violins, saxophone, and rhythm, That Mancini Magic! is an enchanting voyage through the inspired melodies that earned Henry Mancini the stature as one of America’s greatest composers, an exquisite anthem for lovers, dreamers, and children of all ages.

June 21, 2021: December ’63
The music of Frankie Valli and The Four Seasons comes to life in this one-of-a-kind concert experience. December ’63 showcases all your favorite songs from Frankie Valli including the classics that have been thrilling audiences for decades along with the most popular singles from the blockbuster musical, The Jersey Boys. This re-creation of a Frankie Valli and The Four Seasons concert will have you reaching for the high notes as our cast and band take you on a musical journey with stops at every phase of the careers of Frankie and the boys!

July 5, 2021: Ted Vigil’s Ultimate John Denver Tribute
Ted Vigil is a singer, songwriter, and a tribute artist. He began performing at the age of ten in concert, symphonic, and jazz bands developing his talents as a drummer and singer. In 2006 Ted Vigil went on to Laughlin, NV to compete in the Talent Quest 2006 involving 28 states, New Zealand, Australia, and Canada taking first place. Ted now performs nationwide for all kinds of venues and events. Recently, Ted was awarded the Rising Legend Award by the National Traditional Country Music Association. The most heard comments after a show are “I can’t believe how much he looks and sounds like John Denver! It really took us back!”

July 12, 2021: Shades of Buble
With three voices singing incredible songs like “Come Fly With Me,“ “Fever,” “Save the Last Dance for Me” and many more, Shades of Bublé: A Three-Man Tribute to Michael Bublé brings the swinging standards and pop hits in an unforgettable high-energy concert event. Delivering a set list comprised only of songs recorded or performed live by Michael Bublé, this world-class tribute act honors (but doesn’t imitate) the sophistication, retro style, and high-energy fun that Bublé himself brings to his concerts while engaging diehard fans with thrilling new three-part vocal arrangements. They give audiences seamless variety by combining big-band standards from the jazz era, classic hits from the ’50s, ’60s, and ’70s, as well as Billboard chart toppers from today in a high-energy show that generates standing ovations from sold-out crowds.

July 26, 2021: Masters of Soul (photo above)
Masters of Soul is a celebration of the legendary songs and performers that defined Motown and soul music. This event features stylishly costumed, fully choreographed performances of both male and female groups backed by a live band.  Masters of Soul performs: Gladys Knight and The Pips, Marvin Gaye and Tammi Terrell, Smokey Robinson and the Miracles, The Temptations, The Four Tops, Diana Ross and The Supremes, Martha Reeves and The Vandellas, Barry White, Sam and Dave, James Brown, and many more!

August 2, 2021: Daniel Rodriguez and the Highland Divas
Daniel Rodriguez returns to FORUM with his wife Marla and two other sopranos from Scotland. Daniel and the three ladies have diverse musical backgrounds and a common heritage. Their concert will take you on a musical journey that spans Broadway, the folk music of Ireland, Scotland, and New Zealand, and culminates in the soaring heights of Rock Opera.

Find more fun: See Summer Things to Do in and near Sugar Mountain.